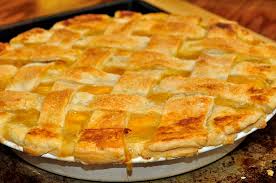 Now both men watched in perfect clarity.  Al could see the dirt streaked on the front of her white button-up shirt. When time does strange things, Al remembered his own white shirt from first grade.”

Running as fast as her little legs could move, the tears running down her cheeks told of the terror that filled her heart. As another explosion moved closer, the two men watched as a woman was trying to catch the child. She had come from the shops and was just seconds behind the little girl.

Williams moved around the back of Al, screaming in his ear, “I’m gonna’ go grab her, stay here.” Al, glued to the corner of the bunker, had his camera ready. He wanted pictures of the marine. Al heard Williams, “Dear God, protect us.”

When time cannot be measured, as Williams was moving behind Al, the deadly metallic projectile headed towards the bunker. In the millisecond before the concussion of the blast threw Al and Williams backwards, the small girl in her dirty white shirt with tear streaks on her cheeks, vanished in a red mist.

Trying to move on the ground Al could sense something warm in his ears and on the back of his neck. Yelling at Williams, “Where’s the girl? Where’s the little girl? Where in the hell did she go?”  Williams, lying next to Al, was yelling back, “She's gone! She's gone! Dear Mother of God she's gone.” Al didn’t hear Pfc. Williams.
Posted by T.A.Galloway at 11:15 AM No comments:

It was the eyes of Christ-
That looked into the heart of a great religious teacher and created a thirst for eternal life.

It was the eyes of Christ-
That looked past a life filled with failure and sin worthy of death,
and by His gaze and words her soul found freedom and a purpose
for living far greater than chains of this world.

It was the eyes of Christ-
That looked with powerful compassion on a man whose home was a field of bones and stones.
The man whose only friends were the fiends that haunted his every second, minute, hour.
That looked past the evil that was evident and focused on the soul
that was hidden by rag and ruin.

It was the eyes of Christ-
That watched and heard a powerful warrior begging the Great Healer to touch his daughter.
A warrior whose battle hardened soul was ready to die by the spear,
but trembled in fear over the thought of losing his own flesh and blood.

It was the eyes of Christ-
That watched as a man begged for food and searched for dignity in dust and dirt,
that some of that very dirt that reminded the blind of his plight was
transformed into a salve of sight.

It was the eyes of Christ-
That drew friends into an intimate fellowship where basin, bread and wine
would become instruments of grace and relationship.

It was the eyes of Christ-
That entreated three friends to help Him in His hour of need,
looking past their inability to be vigilant, knowing of their future.

It was the eyes of Christ-
That pierced the heart of a political puppet telling him that all power was
granted by the King of the Universe.

It is the eyes of Christ-
That recognize the man by the side of the road holding his sign,
"Will Work for Food" and is acquainted with pain and despair,
still knowing that he is a man of worth and eternal value.

It is the eyes of Christ-
That look into the hollow shell of the woman whose existence is propped
by the pill and the bottle, whispering to her soul that she can begin again
and with His grace her life will be vibrant and whole.

O, Let Us Have Those Magnificent Eyes of Christ.
Posted by T.A.Galloway at 12:24 PM No comments:

The scars on feet and hand,
Visible across the land.

Did people notice  scars on His feet,
As He walked on the cold stone street?

As He raised His hands  high
Did scars find one's searching eye?

Did His brow show signs of thorn,
A cruel crown this King had borne?

For now, He is cloaked in Light,
He did cry, It is over, I've won the fight.

Transformed from signs of hate,
Scars will embrace as we pass His gate.